On the 20th January 2009 many millions the world over watched and listened to the Inaugural Address of Barack Obama, 44th President of the United States, and discussed its likely significance afterwards with friends and neighbours, colleagues, bartenders or taxi-drivers. Perhaps never in the history of mankind have a few words received the immediate attention, scrutiny even, of so many.

Similarly in a small town in southern Italy Colin (a former academic linguist) and Franco (the creator of T-LAB) chatted about Obama's address over a glass or two of good red wine. In the course of the evening's conversation Colin (somewhat sceptically) laid down a challenge, as if in vino veritas:

OK, Franco, so T-LAB is all about automating text analysis. Tell me, is your software actually up to the task of analysing Obama's speech and deriving from it something really interesting which no mere mortal has been able to come up with?

Placing his glass down slowly on the table, and taking a puff of his pipe, Franco stroked his now greying beard and replied:

Well, T-LAB isn't magic. It uses a set of statistically based algorithms and, alas, Obama's speech is too short (at barely four pages) to analyse. But if you like we can though play about with the similarities and differences between this speech of his and other speeches. Now in reality it is impossible to comment on a text without referring to some wider context. For example, Obama's speech can be analysed and discussed in terms of an almost limitless number of different contexts like other speeches he himself has made, recent speeches of other Heads of State, … (pause)…

Franco: How about we look at his address in the context of the inaugural addresses of other presidents of the United States?

This, then, is the story of what happened as a result of the conversation of these two friends. It is an account of what playing about with T-LAB for no more than a couple of hours can lead to…

Franco and Colin decided to focus their attention on the inaugural addresses of all US presidents since the Second World War. Since Eisenhower, in fact.

In less than half an hour - thanks to the internet - the corpus of texts they had decided on had been assembled and was ready for analysis: fourteen addresses in all, each one coded by year, name of President, and his (never her) political affiliation [1]. T-LAB Pro 6.1 is sufficiently powerful that it allowed many alternative analyses. In this case they chose to take a straightforward, readily replicable, path from words to themes.

As far as the software is concerned, if truth be known, words are simply strings to be recognised, classified, and counted. Nevertheless certain leads seemed particularly interesting.

Obama's speech, compared to others' inaugurals is (perhaps unsurprisingly, but worth noting) characterised by a more raised level of lexical richness. (See the Corpus Vocabulary tool). In fact this indicator can be computed in two ways in particular: by examining the ratio between word types (that is, the number of 'distinct words') and word tokens (the total number of occurrences of words in the text), or by applying a factor which corrects for differing lengths of text. In the following table we have used corrected type/token ratios (Corr. TTRs)[2].

Note that in the above table the calculation of types and tokens has been made taking into consideration only the content words (i.e. nouns, verbs, adjectives and adverbs).

This first finding might suggest that Obama's speech is in some way an invitation to reflect. In fact the more often an orator uses the same words (in which case his or her type/token ratio is lower) arguably the greater the likelihood that he or she is using rhetoric designed to win over the audience.

But which - and this is the big question - are the words which Obama uses which most characterise his speech? Here again the answer which T-LAB provides is remarkably simple (See the Specificity Analysis tool). It involves a straightforward chi square test applied to a contingency table which cross-tabulates words against presidential inaugural addresses.

A further finding is also potentially interesting. The word that best characterises Obama's speech is 'understand'. We could easily identify all the contexts in which Obama has used this term, or the variants 'understood' and 'understanding', by means of a classical instrument of text analysis (see the Concordances). But for now our interest is different: beyond the actual words what are the themes we are invited to think about and try to understand ?

When qualitative analysts hear that some piece of software is set up to automatically extract themes from one or more texts they tend to screw up their noses! We would put to them in turn a simple question: are you in a position to define exactly what is a 'theme'? T-LAB provides a very precise answer: a theme is a label which can be attributed to a cluster of context units characterised by similar co-occurrence patterns. It is then just a matter of determining the type of contexts to be analysed (sentences in this case) and the word list to be considered, applying a clustering algorithm, and interpreting the results.

Using the tool Thematic Analysis of Contexts T-LAB provides us with eleven thematic clusters. By consulting the output tables we decided to identify these as follows (where the values in parentheses give the percentage of the elementary contexts which belong to each thematic cluster).

Colin: So the first interesting finding from T-LAB is that these same eleven themes occur in every president's inaugural speech.

Another question: in this case which is the best way of graphically representing the relationship between the fourteen presidential addresses and the eleven themes which, in varying percentages, were found in each of them?

Again T-LAB provides a simple way of dealing with this: save the results of the cluster analysis and then use the tool Multiple Correspondence Analysis. Even though the analysed table has two columns (i.e. presidents and clusters) and as many rows as there are classified elementary contexts, it can be summarised by a contingency table like the following.

Note: The numerical values indicate how many of the classified contexts of each presidential speech belong to each of the thematic clusters.

The associated graph from the multiple correspondence analysis is as follows.

Note that the graph represents the relationship between data points in a two-dimensional space based on the first two factors extracted. The labels attributed to the four polarities were decided on after consulting the output tables from T-LAB giving the characteristic words for each factor.

It is at this point that something decidedly unexpected emerges from our analysis of Obama's speech. With respect to its thematic content Obama's speech has greater similarity to the inaugural addresses of certain Republican presidents, in particular Reagan's second address and Nixon's first...

Colin: So our two hours are up. Franco, can you just spell out for me how you think you have answered my original question about whether T-LAB can do things which mere mortals cannot do?

Franco: Before I answer your main question let me just comment on the two-hour time limit. We did of course set this limit just for fun, so we shouldn't necessary expect to have come up with a full and final analysis of inaugural addresses within this artificial limitation! If we were doing this for "real" we would make use of a wide range of T-LAB tools to effect further analyses and gain a deeper understanding of the relationship between our chosen texts. This might take a matter of a working day rather than two hours.

Just as the two-hour time limit was arbitrarily chosen I think, Colin, that you arbitrarily (and perhaps mischievously) tried to force a choice between T-LAB and human beings. The fact is that T-LAB needs a user, and moreover one who can make prudent choices between the various tools available, can evaluate the consequences of different parameter settings, and - overall - can interpret the meaning of different possible relationships emerging from the outputs (tables and charts). An intelligent user can then, however, employ T-LAB to work at a pace and intensity of analysis which no mere mortal could ever achieve unaided.

1 - There should in fact have been sixteen inaugural addresses but circumstances were such that two politicians (Lyndon Johnson in 1963, and Gerald Ford in 1974) did not deliver speeches. See http://janda.org/politxts/index.html 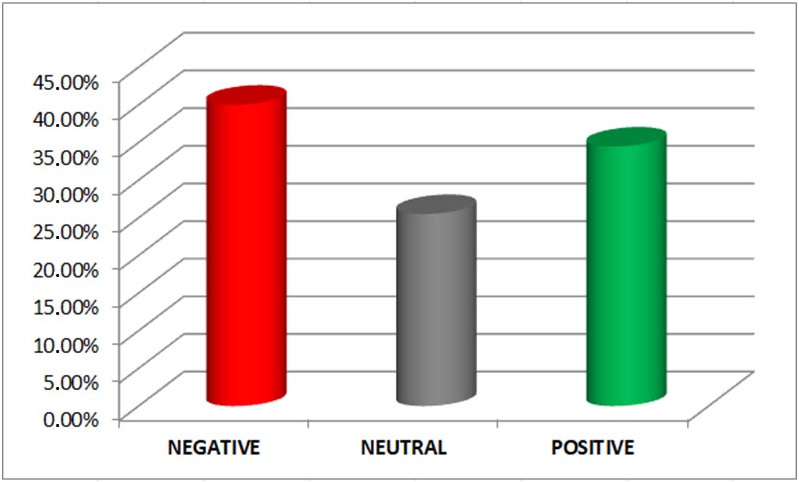 How to perform a Sentiment Analysis